Beta Omicron was the first sorority on campus at the University of South Carolina. Installed and established on March 4, 1929, the original house was found in the center of campus, on Greene Street. Now the Zeta Tau Alpha house is 12,500 square feet, sleeps up to 40 girls, includes suite-style bathrooms, and has an apartment for our house Mom, Ms. Alice. The Zeta Tau Alpha house underwent renovations and updates summer of 2015 redesigning and innovating the state of the house to accommodate a new chapter room, more study spaces, and an upstairs TV room for our house girls! 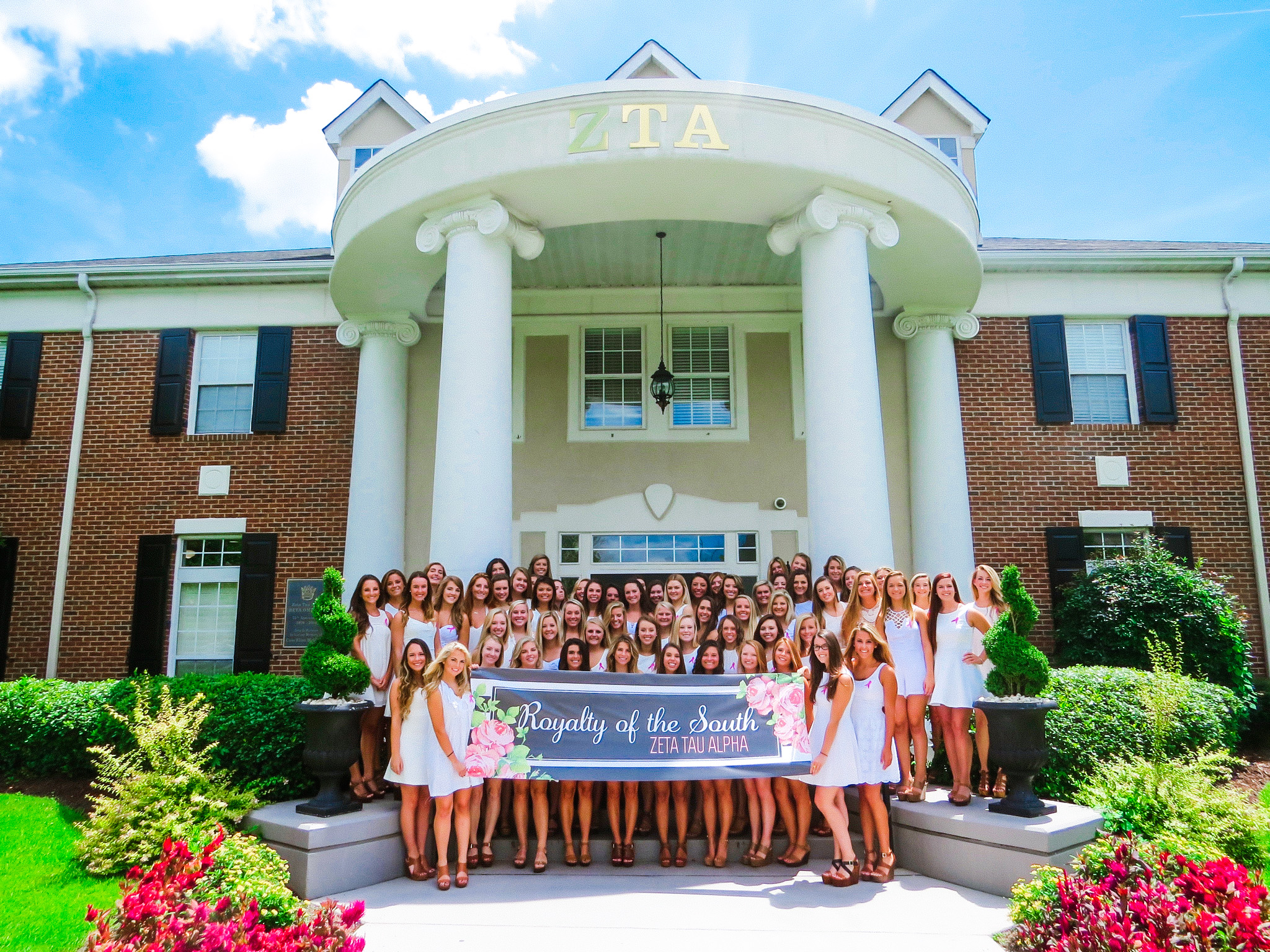 As the 64th link founded in the nation, Beta Omicron has preserved the sisterhood, loyalty, and academic integrity of Zeta Tau Alpha. All 330 members continue to “enrich and ennoble” each of our sisters' lives through the practice of our Zeta Tau Alpha values and more. 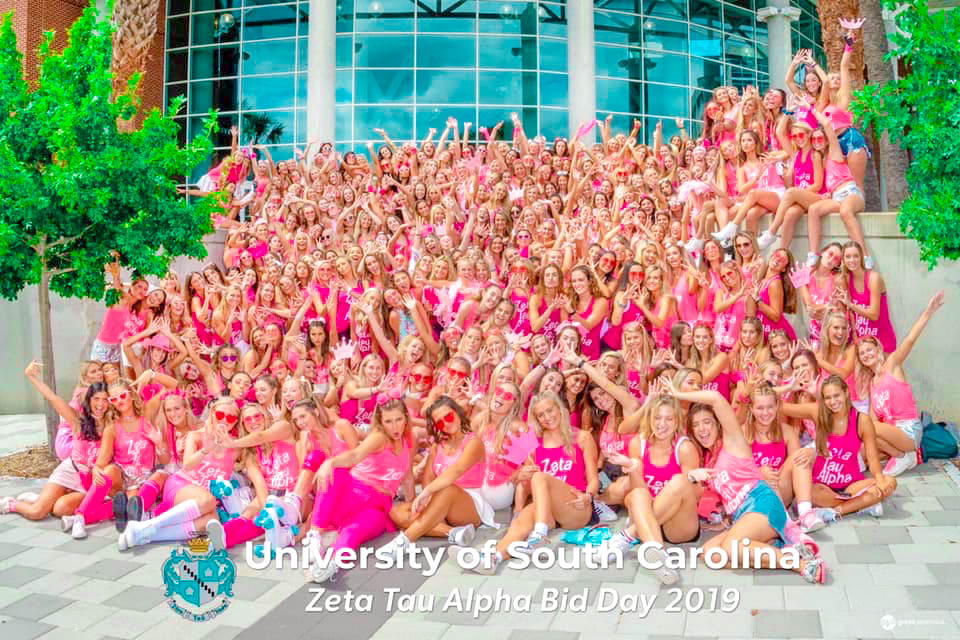 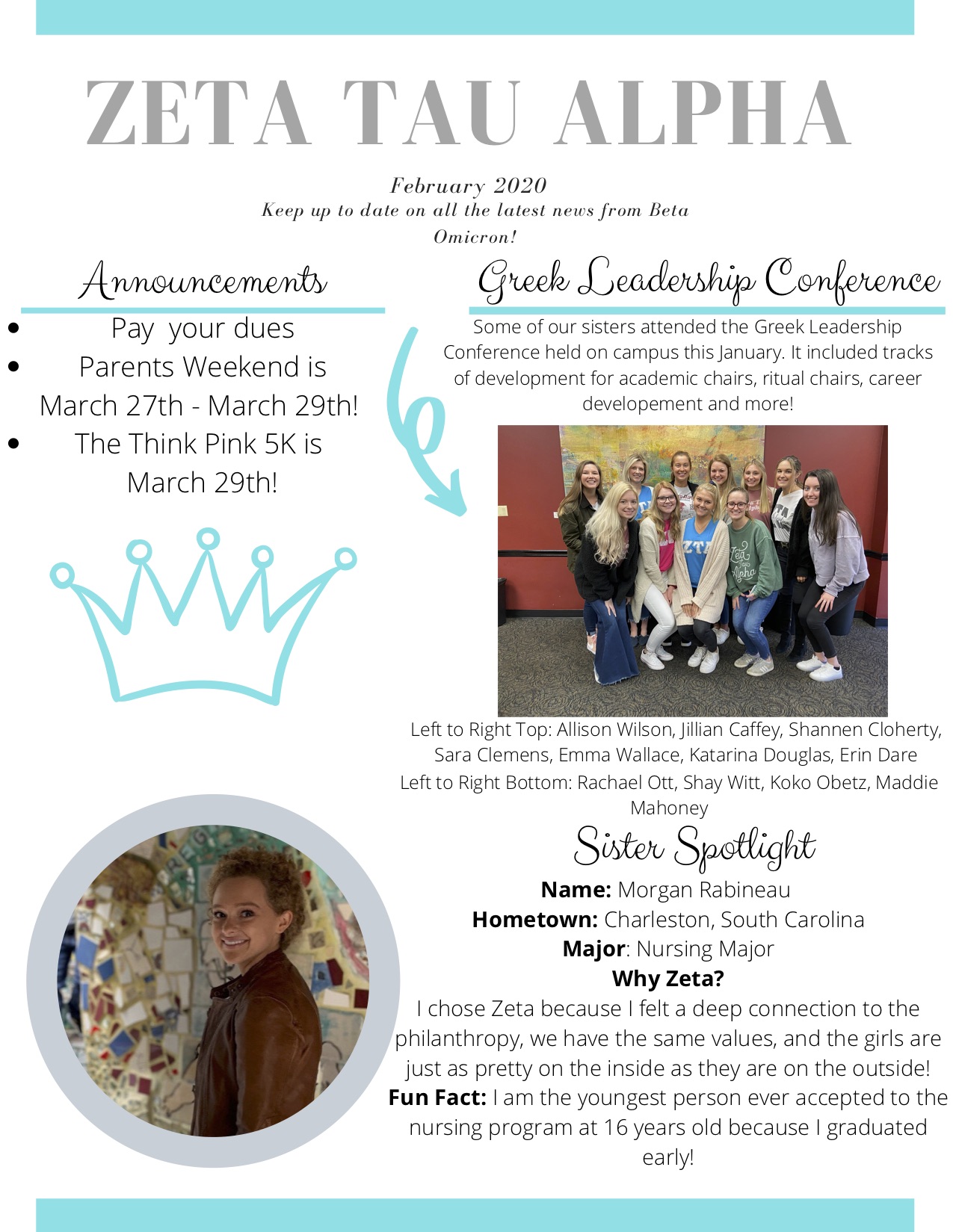 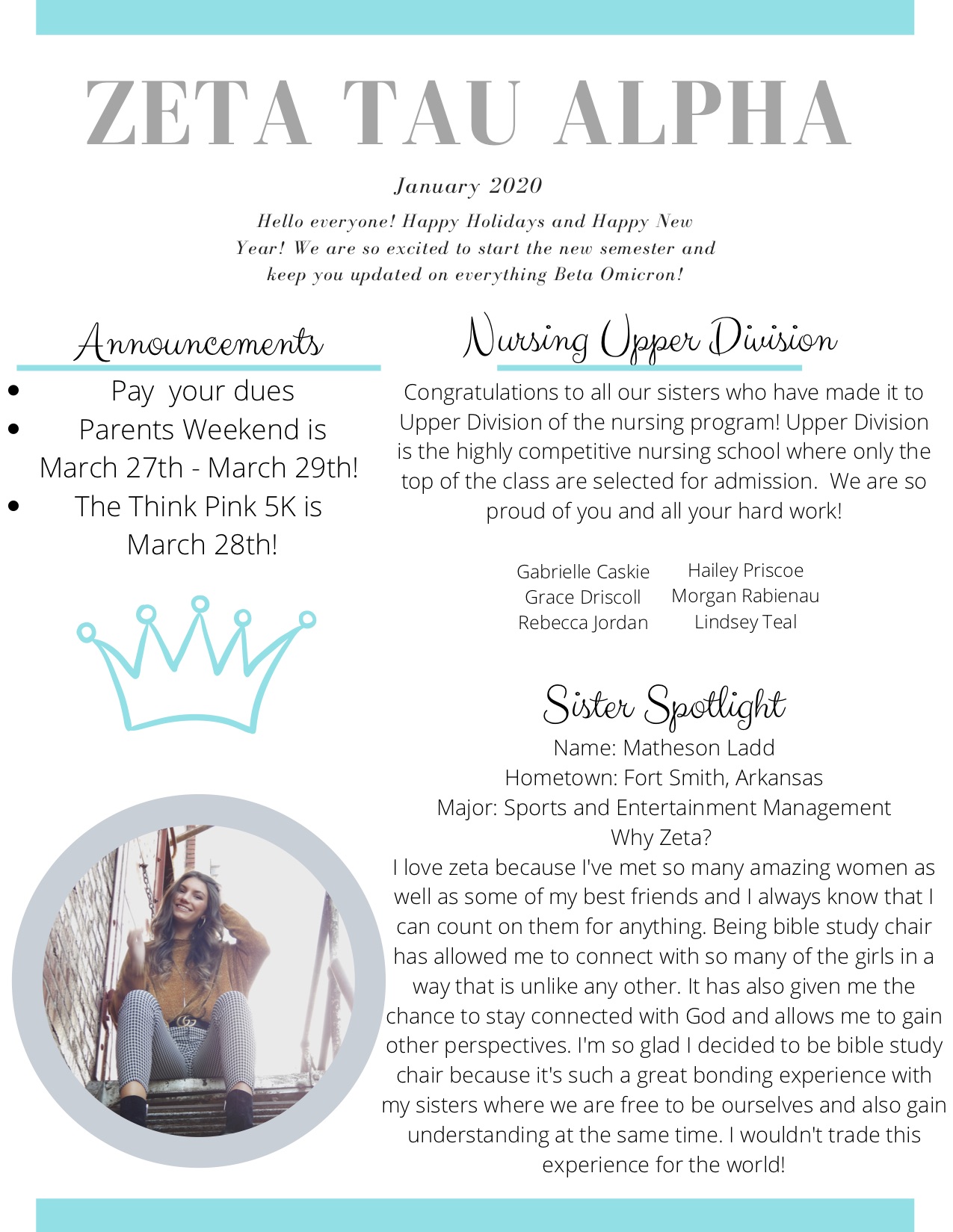 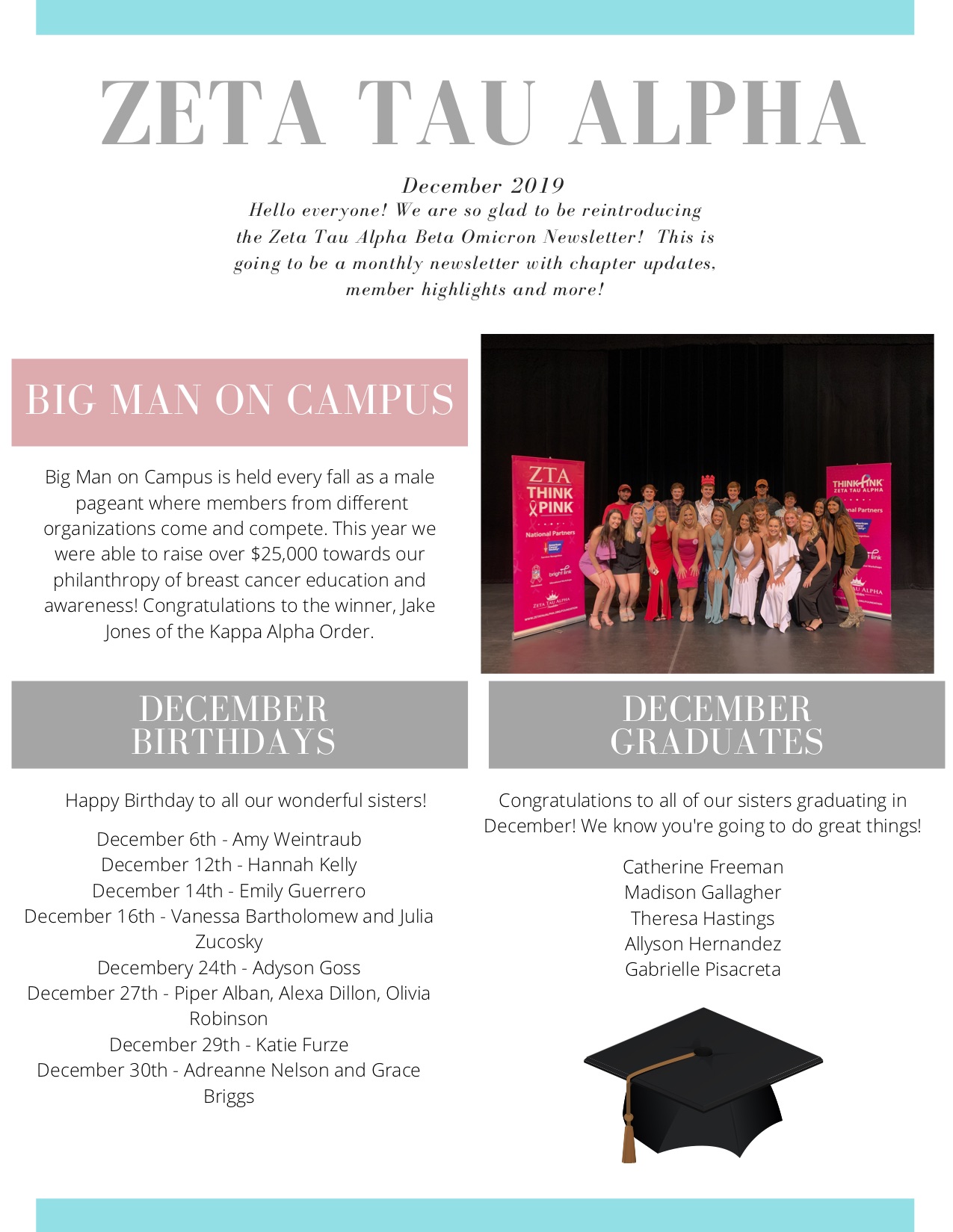 2014 Save Lids to Save Lives Award

February 2014 Sorority of the Month

October 2013 Sorority of the Month